Prepare for These Common Employer Arguments During Physician Contract Negotiations 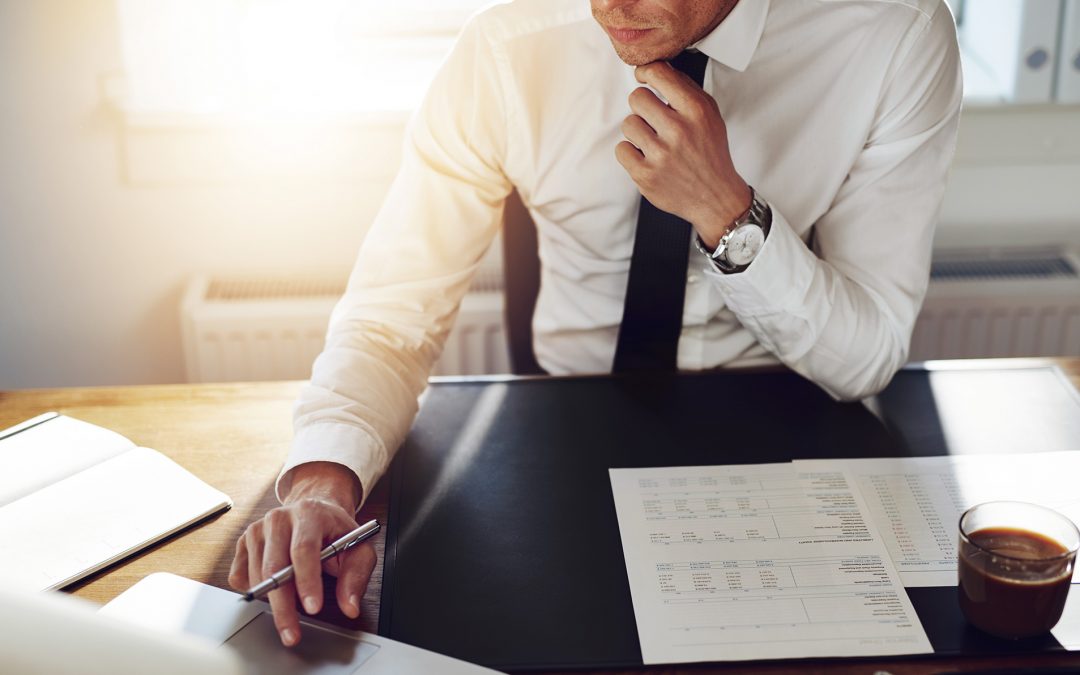 It is vital for physicians negotiating employment contracts to be prepared for the most common employer negotiation tactics. I see at least one of these tactics in almost every negotiation. Many physician employment contracts span 2-5 years and consider $200K – $500K per year or more. When considering a $400K – $2.5M contract, you should expect a certain amount of gamesmanship and posturing. Employers, particularly large hospital groups, become adept at the game and often play their cards in a similar way. You would do well to prepare for it. Most physicians have never negotiated anything this valuable and may be at a disadvantage. This is particularly true for those coming out of training and evaluating their first contract.

This blog post is intended to help with initial onboarding education for new clients. It also dovetails nicely with this blog about contract issues that are often more important than MGMA compensation data.

This is our “standard” contract, and we don’t negotiate

I hear this canned line almost every time. I believe every recruiter or manager is expected to say this at the onset of every contract negotiation. You will likely hear this with your first question about the contract. They may use flowery language like “we are modernizing our contracts” or “we strive for consistency across the practice and network to foster closer bonds between our physicians” or some other MBA-slogan-y nonsense. They may even argue that unmodified standard contracts are their goal because it is, “better for the patients.” I recently saw this specific line in the first email to the physician. It frankly means nothing.

Their “standard form” is constantly changing. In fact, their lawyers are constantly modifying it to fit their needs.

Occasionally, employers who are courting highly specialized physicians or have a severe shortage of candidates may not do this and may tell the physician they are open to negotiate, but this is not the norm.

We never have the problem you are talking about

Employers clearly benefit from keeping every employment contract exactly how their lawyers have drawn them up. Employers amend and modify the ‘standard’ employment contracts as they encounter ways employees have found weak spots and as employment laws change. However, if they want you bad enough and are otherwise having a hard time filling the position, the employer is likely to reconsider their hard-liner stance. Conversely, an employer with multiple options to fill the position may have leverage to say no and move on to another candidate.

The “Stark Law” argument is nonsense about 99% of the time. It is not the legal boogeyman that physician employers make it out to be. Very few people, including senior administrators, know anything about the law.

Employers argue Stark Law during base salary negotiations (see #5), but also seem to believe it to be a defense to everything that may increase a physician’s compensation or be favorable to the physician in any way.

I recently had a recruiting manager try to argue that they were legally unable to increase the sign on bonus from $20K to $30K because of Stark Law. That’s total nonsense. If a sign on bonus for an endocrinologist purportedly passes Stark Law concerns at $20K, then it certainly also passes Stark Law at $30K, and $50K. A small marginal change does not raise legitimate concerns. The conversation may be different for a $500K sign-on bonus, but that’s not what we were asking for.

Do not let employers argue Stark Law as a blanket “boogeyman” defense to everything you want. It’s simply not true.

Stark Law and the non-magical 75th percentile of MGMA

Physician employers have a false sense of security under Stark Law regarding the 75th percentile of MGMA. They tell themselves and their physician-employees that there is a presumption of fair market value and commercial reasonableness at this value. However, they are wrong and a recent update to Stark Law clarifies that there is nothing magical about the 75th percentile. The 75th percentile ceiling does not represent some “safe harbor” or “rebuttable presumption” of fair market value or commercial reasonableness. The updated Final Rule from Centers for Medicare & Medicaid Services (“CMS”), published in December 2020, addressed this issue directly:

Response: For the reasons explained in Phase I (66 FR 944 through 945), Phase II (69 FR 16092), and Phase III (72 FR 51015), we decline to establish the rebuttable presumptions and “safe harbors” requested by the commenters. We are uncertain why the commenters believe that it is CMS policy that compensation set at or below the 75th percentile in a salary schedule is always appropriate, and that compensation set above the 75th percentile is suspect, if not presumed inappropriate. The commenters are incorrect that this is CMS policy.” Pg. 215.

Understanding Stark Law misconceptions and being prepared to respond can be very important in your compensation negotiation. Let’s discuss in detail.

We do not consider MGMA benchmarks because of (insert unrelated reason)

Employers who provide lower than average salary often do so for a meaningful reason; they may offer a special work-life balance; may be an academic institution that offer many other valuable perks that sweeten the deal; may be in a highly-desirable location; or they truly offer a meaningful altruistic or philanthropic satisfaction. You should not let a corporate medicine-like employer try to compare themselves to academia just so they can justify paying you less. Physician employers love to pray on a physician’s good nature, altruism, sense of duty, and commitment to their patients, often to their own financial benefit.

We are a patient-focused practice, and we can’t (insert physician-friendly request)

Its worth repeating: Physician employers love to pray on a physician’s good nature, altruism, sense of duty, and commitment to their patients, often to their own financial benefit. Administrators, often non-physicians, guilt-trip physicians into seeing more patients, increase call, or give up set administrative time or academic time for no additional compensation. They may suggest that they simply “care about the patients” and are “patient-centered” and thus the physician should be happy to do more without greedily demanding additional compensation.

The same guilt-trip is used during physician contract negotiations. Physicians freshly out of training are often most susceptible to this argument and do not fully understand their worth. Unfortunately, my experience has been that this emotion-targeted tactic is used more often on women than men.

We need an answer by (unreasonably short deadline)

I recently saw a physician employer that wanted an answer from a physician before the physician even visited the site! Their letter of intent required a response withing five business days, but the site visit was two weeks away… Often, employers manufacture unnecessary deadlines that have nothing to do with their needs in hopes that you will sign the contract without a full review. These arbitrary and unnecessary deadlines are often a negotiation tactic and designed to convince you they don’t negotiate.

This is essentially the same as above. Employers often move slowly because every contract modification must flow through the general counsel, outside counsel, or another head decision-maker that has little regard for your timeline.

However, because of this I highly recommend presenting all your proposed changes in the same communication (letter or email), which may help cut down on the time the employer may need to review and evaluate. This is also another good reason why I recommend starting your job hunt 12-18 months out, so that you can have plenty of time to negotiate.

The administrative level that is only authorized to tell you “NO”

Large employers often have a compensation committee or some senior-level group that makes macro-level decisions regarding compensation and physician contract issues. I often find physicians trying to negotiate changes to an existing contract run into a brick wall of “No” from middle-management. The department chair often does not have authority to approve physician contract changes. The department-level administrator that you work with on a day-to-day basis also is unlikely to have desk authority to approve any changes. It is often fruitless to negotiate with them because they are only authorized to tell you “No” and are also unlikely to admit that they have no authority to tell you “Yes”.

You would do better to ask direct questions, such as “Who in this organization is authorized to negotiate changes to standard physician contracts?” Certainly someone in the organization has authority to tell you “Yes”, and we need to find that level.

Larger employers typically have dealt with experienced physician contract attorneys helping physicians negotiate their contracts. They often understand it is simply part of the process and no big deal. However, some smaller employers or inexperienced mid-level administrators may not. They may not have experienced an attorney picking apart the contract and asking for changes that they don’t even understand – and don’t have time to learn about.

When I encounter an administrator who really doesn’t know what they are doing, I sometimes find they have an emotional response. The sometimes try to drive an emotional wedge between me and my client. Their comments can sometimes border on disparaging and unprofessional. While this is the exception and not the norm, it is important for the physician to understand that contract negotiations sometimes elicit emotional responses. These are occasionally directed at the physician, but are often directed at me, the attorney. Unfortunately, I see this tactic most often employed against young female physicians.

Prepare for these common employer tactics

It is important for physicians to educate themselves about contract negotiations. These contracts have a huge impact on quality of life. The contract often considers $400K-$2.5M or more, and spans 2-5 years. First contract physicians are often overly-focused on compensation. The number is likely several multiples of their most recent residency paycheck. A typical resident may have never had more than a 4-figure bank account, and do not fully understand their worth. They may also overlook and not fully appreciate many other issues that are sometimes more important than base compensation.

However, there is so much more at stake than a large paycheck. It is important to understand how this game is played and how you can negotiate for a better deal. Most large employers play their cards in a similar way, so there is value in understanding the most common tactics. I am here to help. 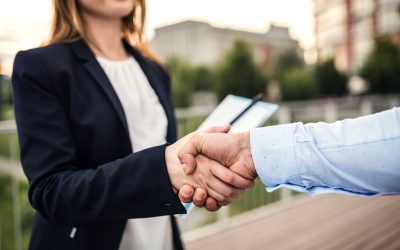 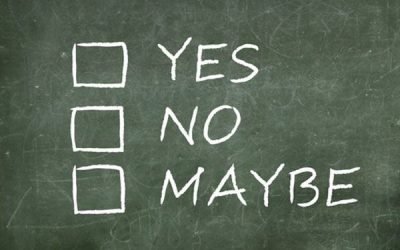